One of the best things about travel is that every once in a while you run into what I think of as “happy accidents”. Those unexpected gifts that are given to you without planning; gifts that delight and surprise and make you realize that not everything in life should be planned. That sometimes just being present and going with the flow is the best plan of all.

Malaga held such a gift. As we entered the pedestrian downtown area on Saturday night, the place was packed. I mean packed to the point where it was, at times, difficult to move and going with the flow was physically the only way to go. Before we knew it we were swept up in a procession accompanied by a full marching band, celebrating the Coronation of Maria Santisima Del Rocio Coronada Novia De Malaga. 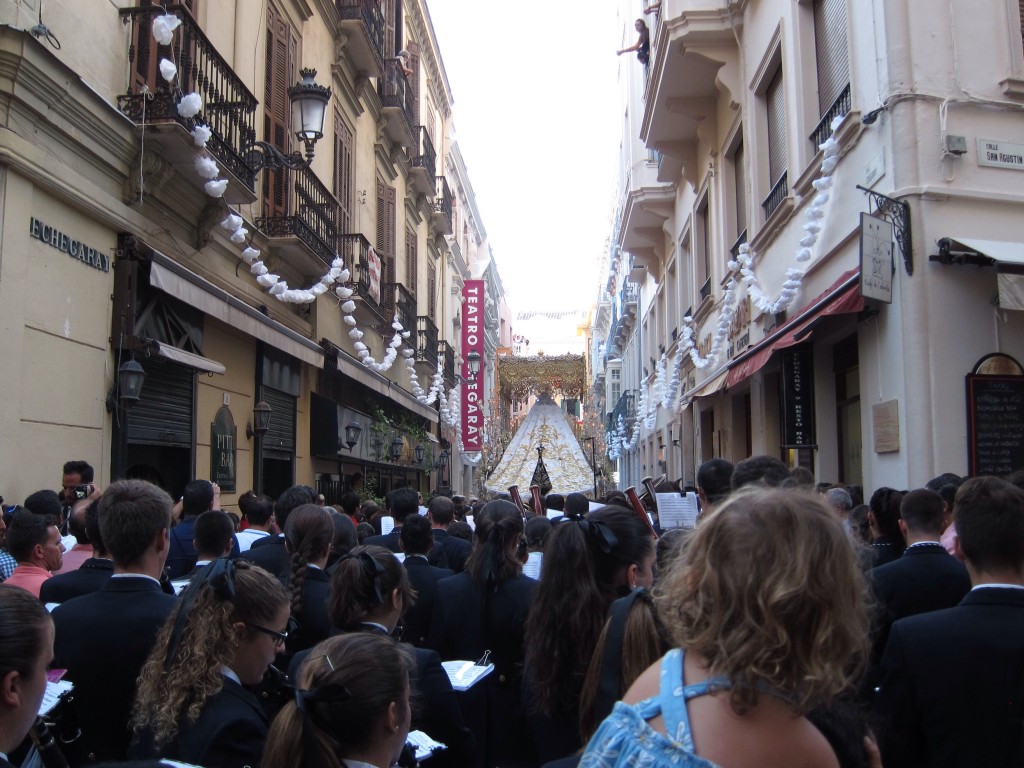 Now the folks in Spain love their festivals. In fact they will get festive at the drop of a hat, or a saint, or a change in weather, or in this case, a virgin. Well, here we were witnessing a throne (oh yes, they also love their thrones) that was carried by at least 100 men underneath it and many more around the edges. 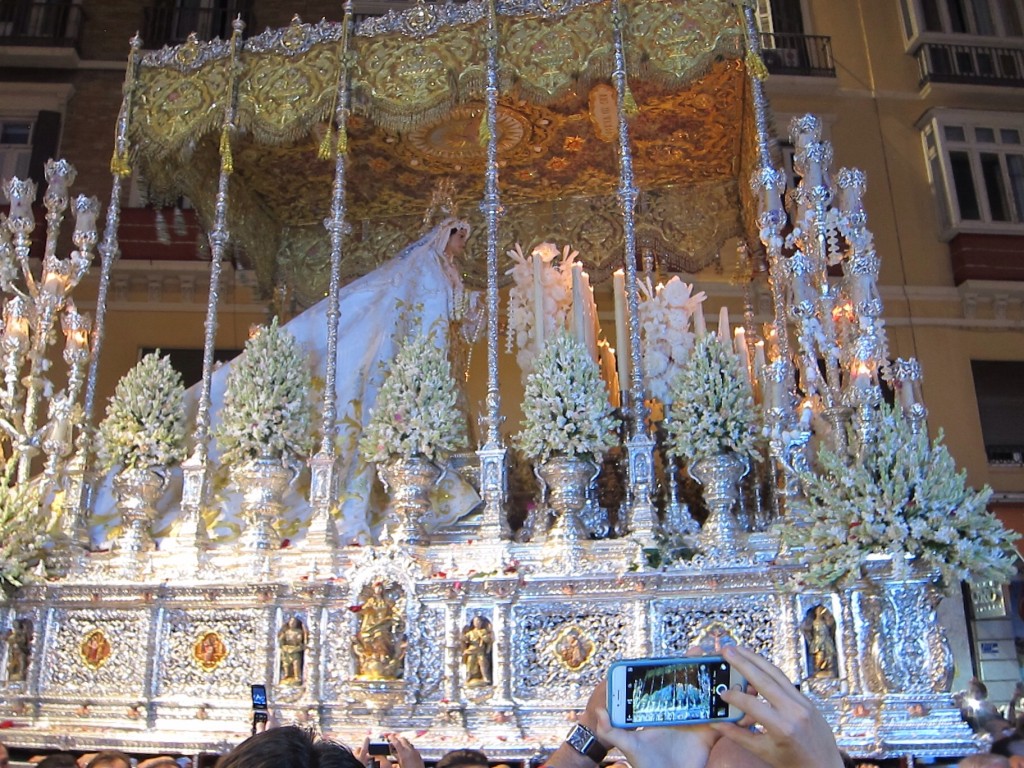 When we later asked the girl at our hotel about it, she waved her hand dismissively, rolled her eyes and said, “That was a small one only. At Easter it is more than twice as many men.” So much for being impressed! As the night progressed, they continued to march until dark, at which time the fireworks began. 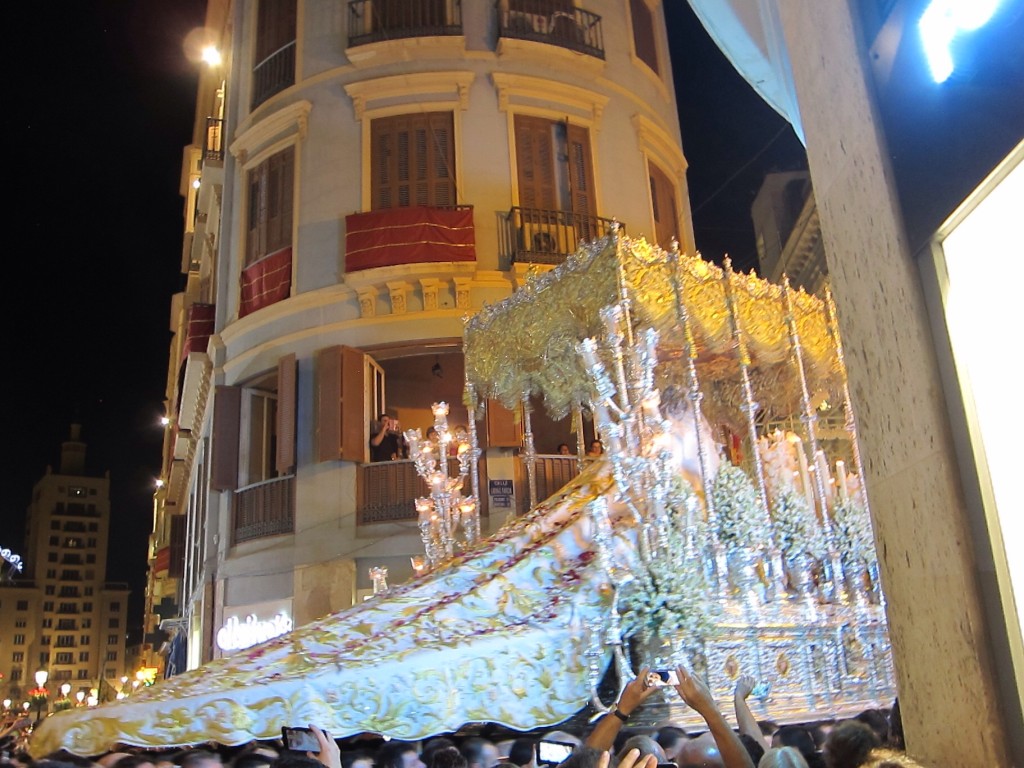 Now I understood why I couldn’t find a hotel in downtown Malaga for this weekend! Instead we stayed at a quiet hotel just outside of town called the Hotel Picasso. The next day we ventured out to explore the beaches at Torremolinos. If you are looking for a wide choice of beaches, warm water and nearby “chirinquitos” (small enterprises, usually specializing in alcohol and tapas), this is the place! 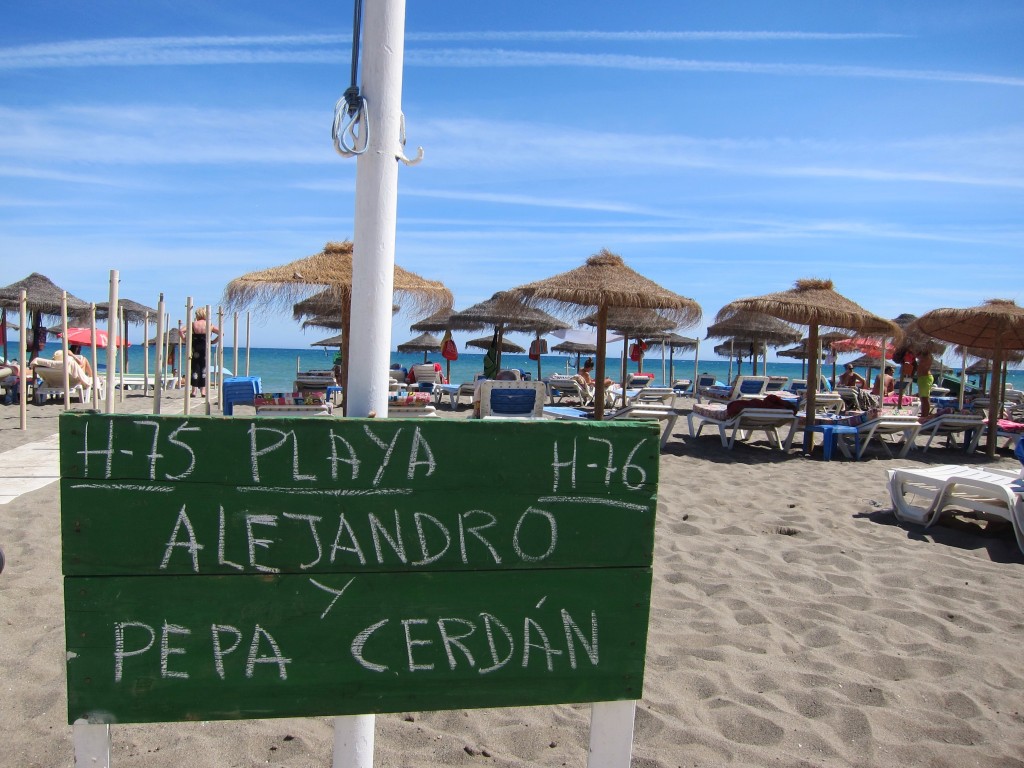 Strolling the boardwalk you hear parrots before you see them. . . 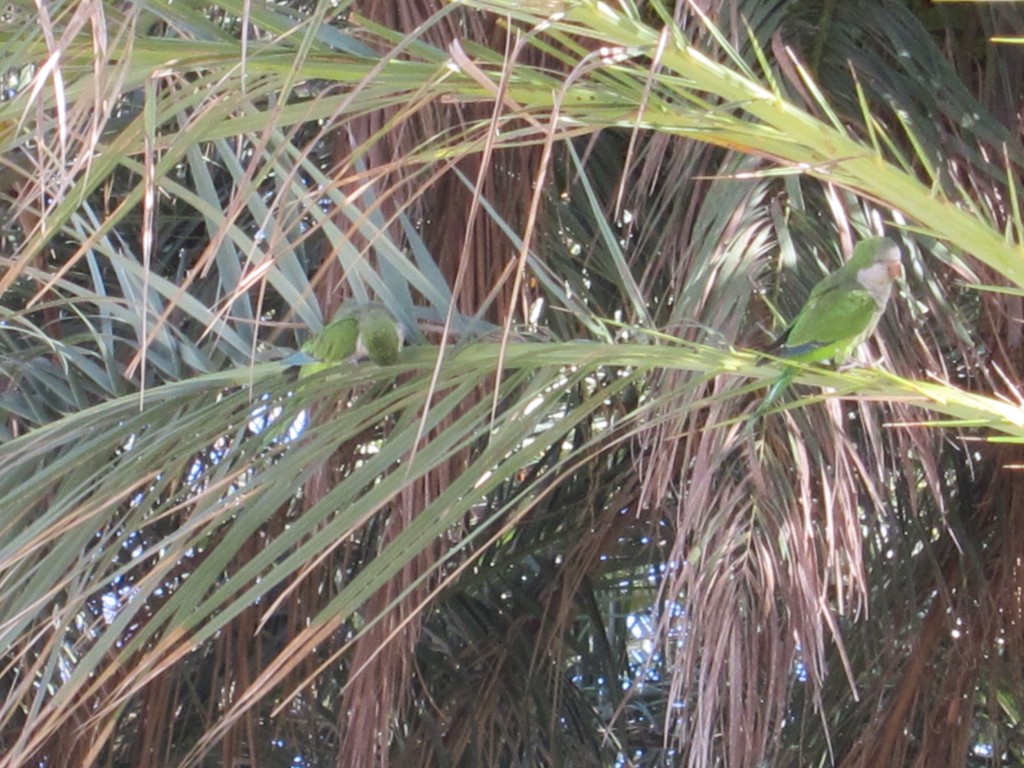 . . . and there are trees unlike any I’ve seen before. 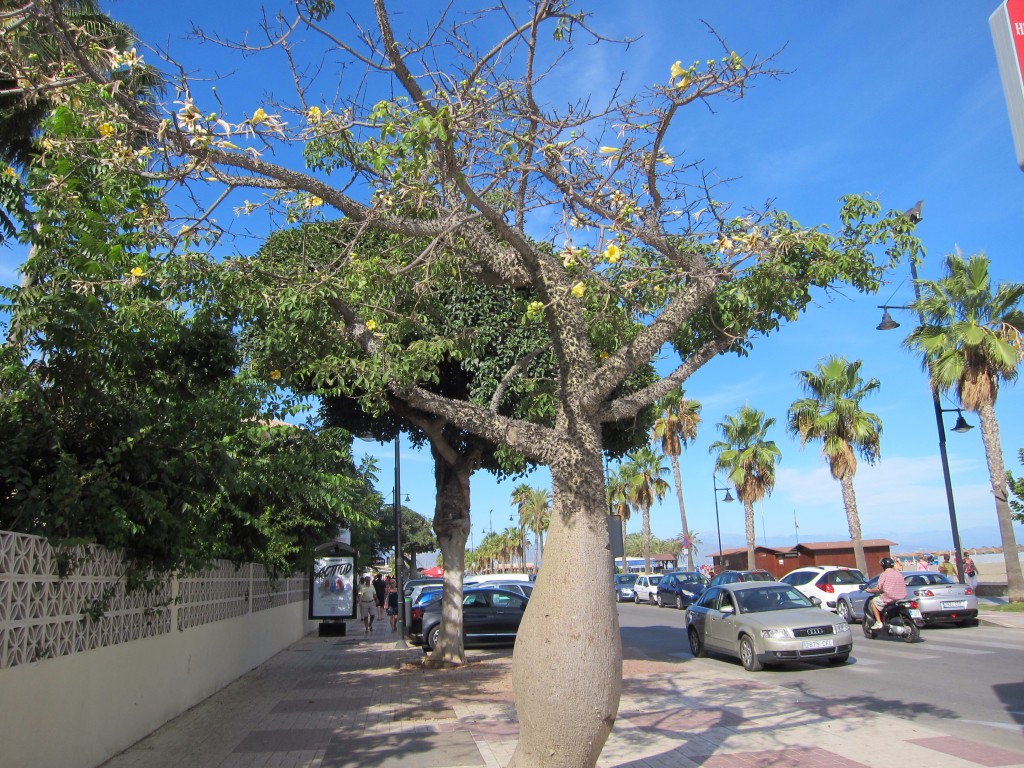 It was refreshing to see a statue that wasn’t a man on a horse with a sword. This was silly enough to make me smile at it’s freedom of expression. 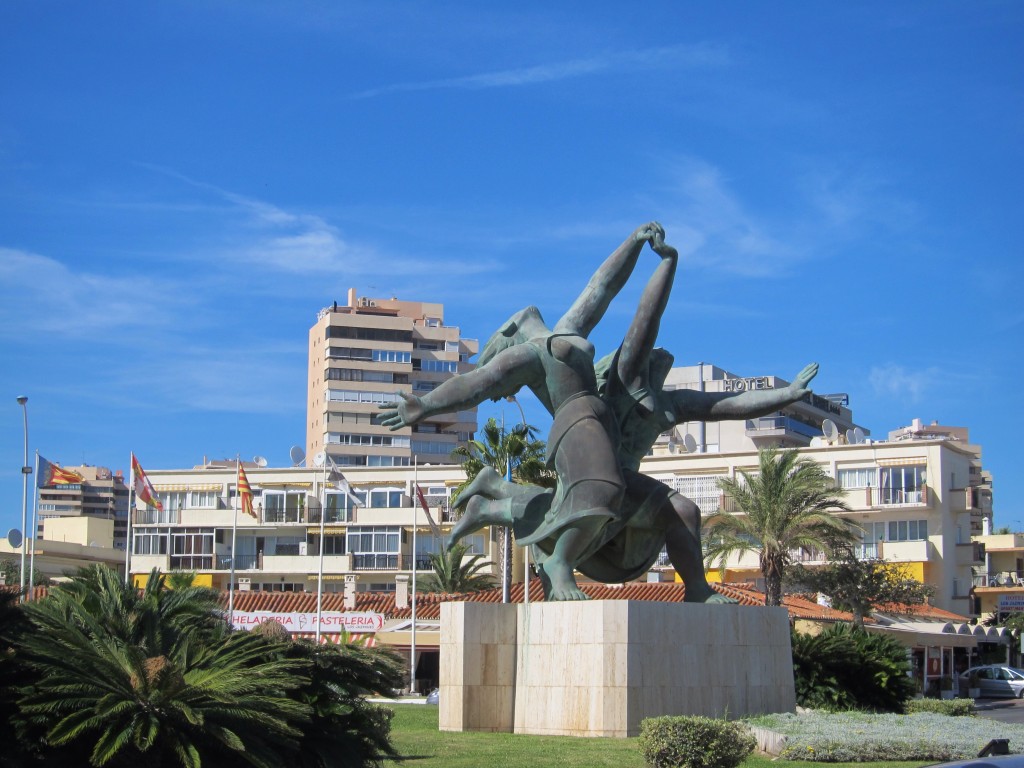 And if you are in doubt as to what to do after a day at the beach, there are helpful signs with great suggestions along the way. 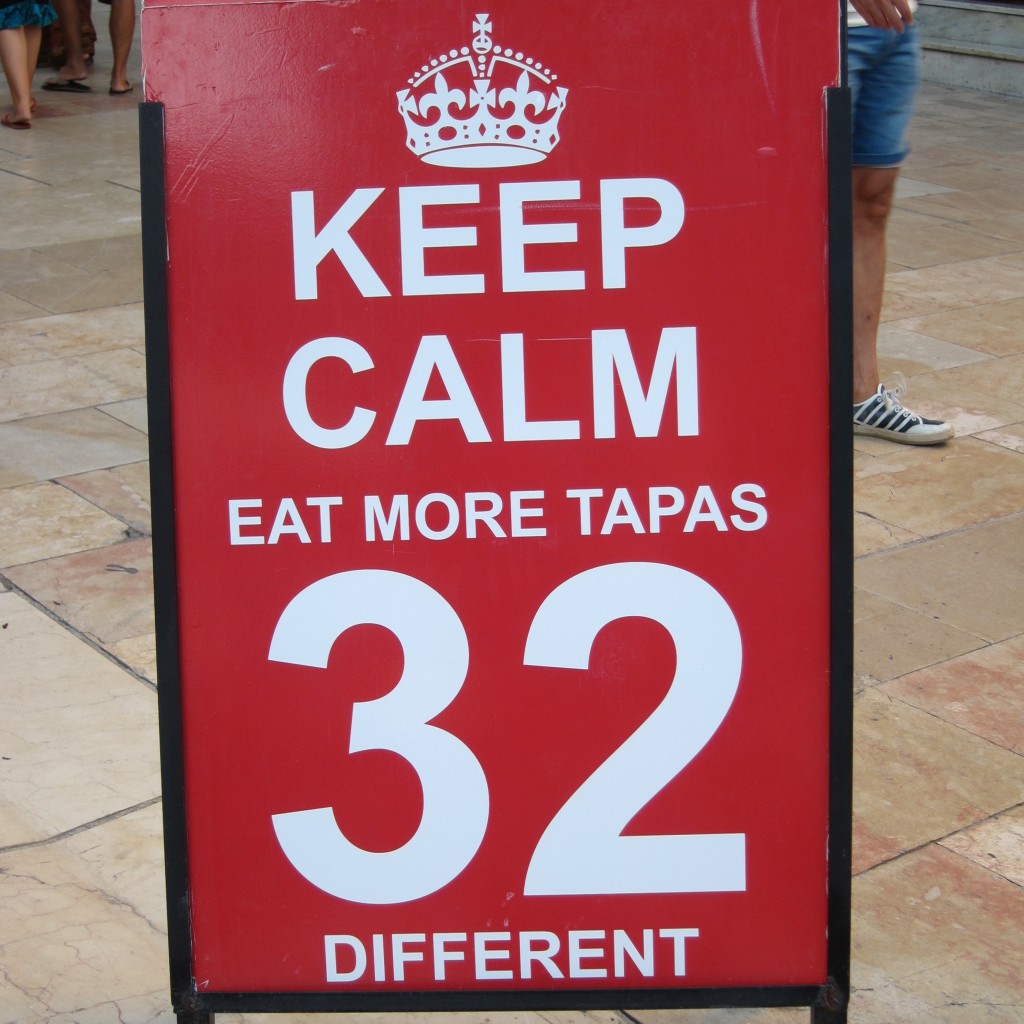 They do, of course, have beautiful churches and the following night, the town was back to a calm and serene feel. 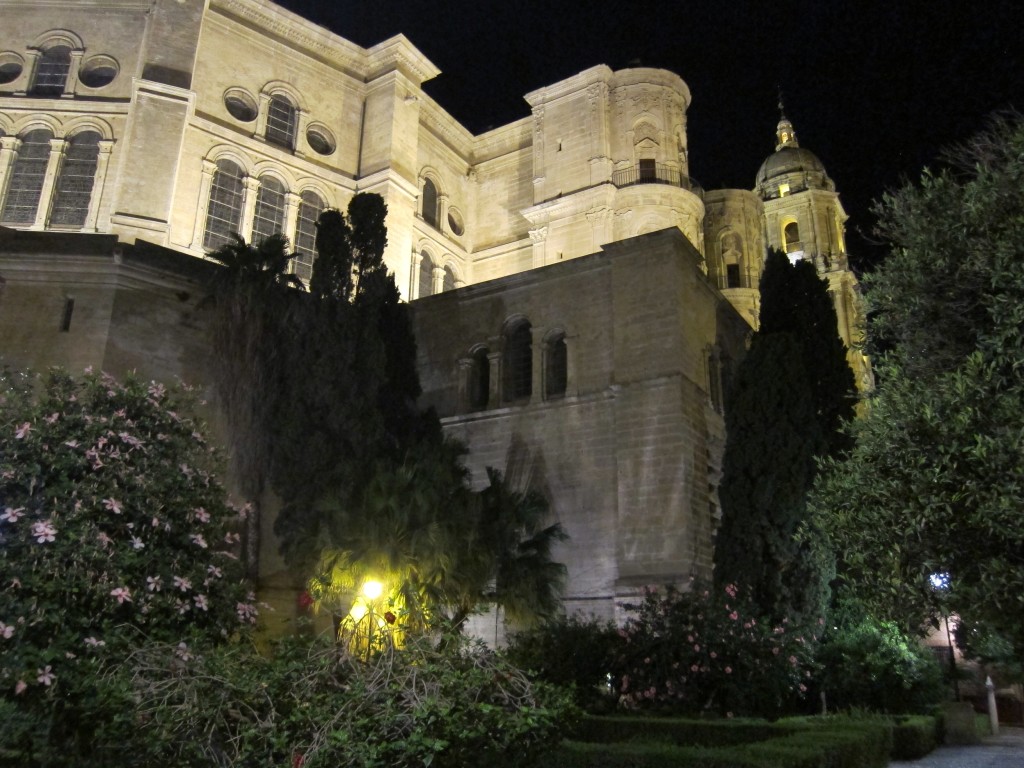 After two days on the coast, it was time to get out of town and head for the hills in search of the white towns of Andalusia!