The Florence Debate: Painting vs Sculpture

This is a city where you turn corners and hear spontaneous bursts of “Wow”. Regardless of the language, it still comes out as “Wow”. The sheer size of the Duomo is overwhelming. The Piazza della Signoria is huge and the Uffizi Gallery is immense, not just in size but in the importance and beauty of the art inside. It’s a city where you should probably just put your camera away because nothing fits into the lens. Buy the postcards and instead, just take time to feast on the sights.

I arrived here mid-day and set out to explore. After a few audible “wows” myself, I realized I had missed lunch so settled for a PB&J, gelato style. Yes, an awesome peanut butter gelato combined with fresh blueberry gelato makes for an excellent Italian lunch as I strolled along the Ponte Vecchio bridge getting my bearings.

As the center of the Renaissance, Florence was a hotbed of creativity on all fronts. Painting, architecture, sculpture and even the creation of the first international banking system, all with thanks in a large part to the Medici family. Where to start? Well, there is a lot to see on the Piazza della Signoria.

Between the crowds (even in late September) and my limited time, I opted to take a guided tour. And thank goodness I did as it was the highlight of my time there. Florence Pass tours, led by Maurizio, was fantastic. I recommend the Uffizi Gallery tour with the private entry to the Vasari Corridor and ends with a tour of the Galleria dell’Accademia. It is well worth it! Maurizio’s knowledge of the art and the history combined with his love, humor and pride for the city made this a delightful day of touring.

One of the really cool things about this corridor is that it features artists’ self portraits from the 17th century to today. Thanks to Cardinal Leopoldo de’Medici (there they are again!), we can now see the men and women (yes there were a lot of women artists here) behind the beautiful artwork on display in the Uffizi and elsewhere around the world. You get a sense of a fuller story here, seeing them as real people, wondering about their lives, their families and their inspirations.

Now there has long been a debate, especially in Florence, as to which is the better art form, painting or sculpture. Leonardo da Vinci was at the heart of this argument which ultimately landed in the painting camp. Which is sort of ironic given that when you say Florence, most folks invariably think of Michelangelo’s sculpture of David in the Galleria dell’Accademia. The statue is splendid, don’t get me wrong. But I found the unfinished, work-in-progress sculptures more fascinating. How does an artist like Michelangelo look at a block of marble and begin chipping away at create something so incredibly realistic and beautiful? What kind of sight did he have as well as incredible confidence?! And to think he rarely did models ahead of time. Genius, really. Over the years, Florentines have continued to debate this hot topic and continue to vote in favor of painting. For me, I’m in the sculpting camp.

So after my date with David, I wandered into an out-of-the-way section featuring yet another art form, the Museum of Musical Instruments.

I thought “Hurdy Gurdy Man” by Donovan (yes, I’m dating myself), was a made up psychedelic term. It appears they are actually musical instruments, also known as wheel fiddles, that date back to the 17th century. Who knew? Lesson learned? It pays to wander off the beaten track in famous museums. Oh, and further research reveals that Donovan didn’t use a hurdy gurdy in his recording, it was a tambura.

So my conclusion about Florence? Great place to visit, it’s Italy after all. Be prepared for crowds all year round and possibly rain. Plan ahead with a good hotel close to the center of the action. Then sit back with a great gelato and continue to debate which is the best artistic form! 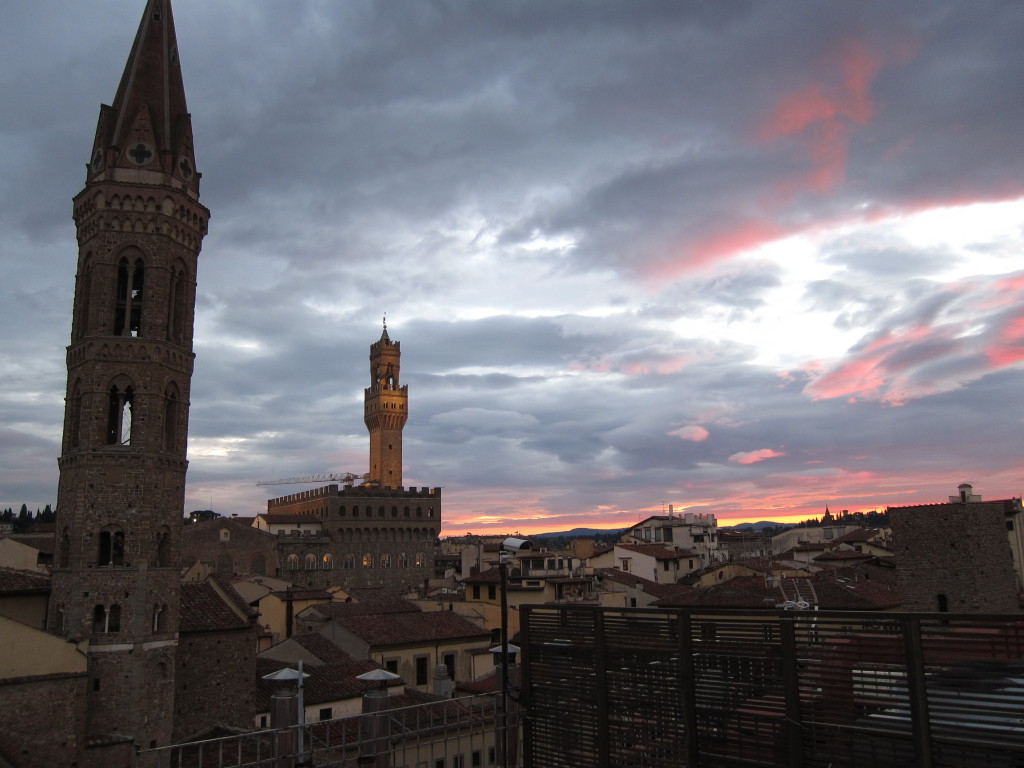 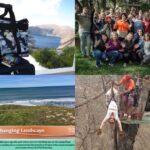