It’s been six years since I booked a one-way ticket to Barcelona with the intent to cleanse my mental palate and restore my creative juices after decades of working in the corporate world. In doing so, I vowed to trust the process. I didn’t know what that process might be but I trusted enough to know there probably was one. So, off I went.

Those weeks of improv traveling gave birth to this blog and marked the beginning of another journey – one of discovering my voice and learning to own it.

Today, I’m feeling nostalgic for my traveling days. I’m also feeling the need for lightness to counterbalance a world that seems to be going to hell in a hand basket. Thus, my latest offering in my occasional series of “It’s a Sign . . .”

The English language is a fickle thing. I admire those who learn it as their second, or third or even fourth language. I once worked for a CEO whose native language was not English, so he was constantly asking me to explain English phrases.

“Why do cookies crumble but pills are tough to swallow?” he’d query.
“Well, cookies flake apart and pills can’t be swallowed without water?!” was my lame response.
“Then you haven’t tasted my wife’s cookies! No one can swallow them,” he’d retort.

That went on for years and is a story for another day. Suffice it to say, I admire anyone who has done battle with English. I’ve been unable to master anything more than a few Spanish and Italian phrases, enough French to say hello and a spattering (or sputtering) of German.

Yet, improper use of English can create some real issues for travelers. I’ve often thought there’s a business model, or better yet, a barter system, where I could offer to proofread menus & printed materials so they are grammatically correct in exchange for tapas or another cappuccino or unlimited sangria.

A few examples that could have used my help: In Singapore, the menu advised that snake chowder could eliminate dampness and wind. I suspected they weren’t talking about the weather. I sat there wondering what body parts would be rid of dampness and were they parts I really wanted to be dry? How quickly would I be alleviated of unwanted wind? Was it immediate or would I be able to get back to my hotel room before said releasing of wind occurred? Were those really the right words on the menu? I never had the courage to ask. I was with work colleagues so I didn’t order the chowder . . . but kind of wish I had. In Malaga, I was offered two portion sizes – hungry or without hungry – and could have crunch aubergines with orange blossom money. I ordered the aubergines and was only slightly disappointed when I got honey, not money.

In Seville, the menu offered sangrias, including one “bleeding without alcohol.”

Y’all know me well enough by now to know I opted for the alcohol.

Given my tagline is Never Lost. Just Exploring., you might think I’m in the habit of eschewing maps. Not so! In fact, one of the first things I do when I land somewhere new is seek out a map so I can orient myself to the city and find the local attractions.

Some maps, however, are not always accurate. My map of Athens highlighted the Museum of Traditional Plottery. Where better, I thought as an aspiring writer, to view artifacts of plots hatched, plots foiled, plots of revenge and tragedy, than in the home town of Sophocles, Euripides and Aeschylus? And if there was traditional plottery was there also untraditional plottery?

I eagerly made my way across town anticipating an afternoon of intrigue. Instead, I found a museum filled to the brim with dusty clay pots! Look what a mis-placed L could do! I was so disappointed I opted to sip ouzo in the taverna across the street under a bright blue umbrella. All afternoon, the scent of lemons stopped by like brief visitors, reminding me to enjoy all my senses. I sipped and watched as tourists entered the mis-named museum. I wanted to ask them if they were as surprised as I was or if they’d been smart enough to figure out the typo and still decided to visit.

That afternoon was filled with a sense of peaceful observance, deep gratitude and lots of laughter as I got to know my waiter and the Croatian couple at the table next to me. Those memories are etched into my travel soul. As I walked back to my hotel that night, I thanked the extra L for creating a different plot for me and a story worth remembering.

If we ever get out of this pandemic mess, I’m going to be brave enough to offer my proofreading services to anyone who will have them. And maybe I’ll get a frothy cappuccino as payment.

Other blogs in this series: 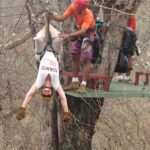 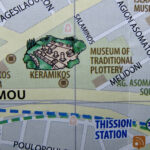 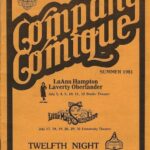 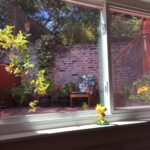 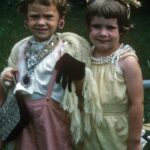